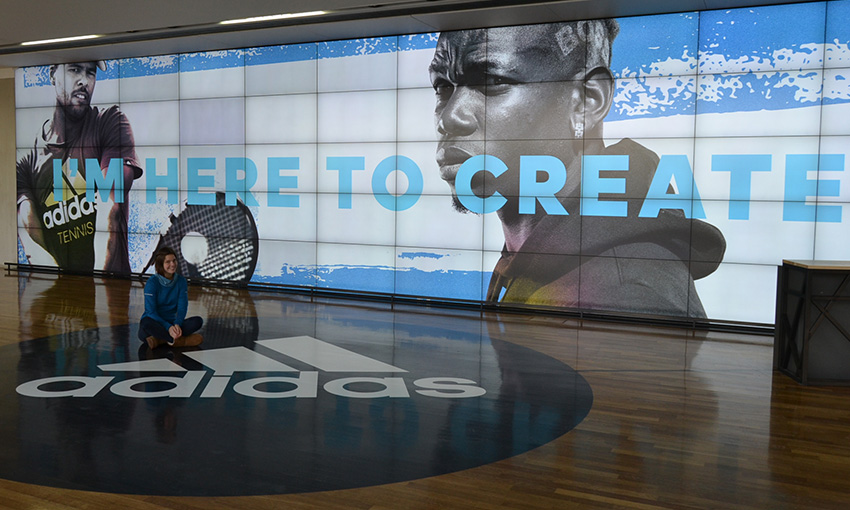 After finishing my A-Levels in Germany I worked in the midlands for a couple of months. While I was there I decided I would like to go to university in the UK as I had always wanted to study sports science combined with English. A friend who was living in Cardiff recommended that I have a look at Cardiff Met, so I went to Cardiff and visited the School of Sport at an Open Day. I immediately liked the campus, the atmosphere and the sports facilities. I also thought that Cardiff as a city was great: very vibrant, diverse and full of young people so I decided to apply for a BSc in Sport Management.

A few months later I moved from Germany to Cardiff and lived in halls for the first year. The first couple of months were tough: being far away from home, not knowing anyone and not being a native English speaker (plus trying to understand the Welsh accent!) was a big challenge. After a while I made some friends, joined the tennis team and my English got better and better. I really appreciated the small class sizes on my course. I felt I had great support throughout due to the good staff-student ratio. Whenever I had any questions or problems I could always discuss them with a lecturer.

As part of the course, we had to work independently from the beginning, which helped prepare us for future employment. As well as attend lectures, we wrote essays and developed our knowledge by reading books and journals in the library. This is how I learnt to take responsibility for myself and the things I do. I developed useful skills such as diligence, self-discipline, good organisational skills and the ability to stick to tight deadlines.

During the summer holidays I did an internship at the Adidas headquarters in Germany and another at the German Tennis Association. I was a bit jealous of friends who went travelling instead but I hoped that the internships would give me an insight into the sports sector and be beneficial for my future career. I was convinced that hard work pays off and I think I was right about that!

After graduating in 2014, I desperately wanted to work for Adidas again. I applied for several different positions at the company and after more than a year of waiting and working at different companies, my former boss at Adidas called to offer me a role. I’m now a manager for product testing at the Adidas headquarters in Bavaria. I’m in charge of the running and swimming clothing categories. I manage the testing process which involves organising and overseeing wear tests, examining garments, writing test reports and communicating the results with our marketing, design and development departments. I am in constant contact with Adidas athletes and I’m always trying to find new product testers. I love my job and I’m proud that all the hard work and effort paid off.