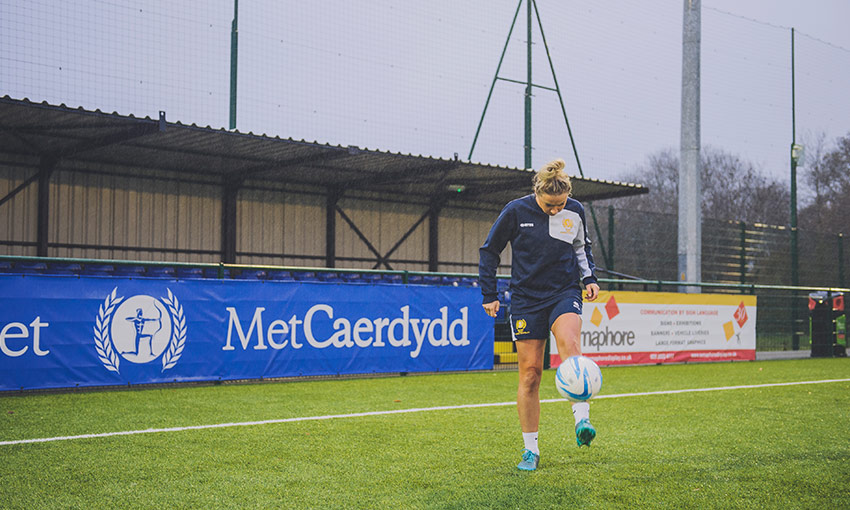 On a drizzly Cardiff afternoon the middle of winter, we caught up with 4th year Strength and Conditioning student Emily Allen. The 23 year-old is captain of the Cardiff Met Ladies women’s football team, who have an impressive track record of success on behalf of the University in the BUCS Southern Premier, as well as at elite level in the Welsh Women’s Premier League.

Hi Emily – how long have you been playing football and what first ignited your passion for the sport?

I’ve been playing football ever since I could walk, my dad is a massive football fan and helped coach the local team and so I joined my first team when I was 4.

Football is different from any sport because anyone can play no matter who, where or when; all you need is a football and a couple of jumpers for goalposts. It is a fast paced, skilful game with lots of passion and a strong team ethic.

The social side of football is definitely one of the main reasons people enjoy it so much. Being in a team is almost like being a family and my best friends are all girls that I have played football with for several years now. 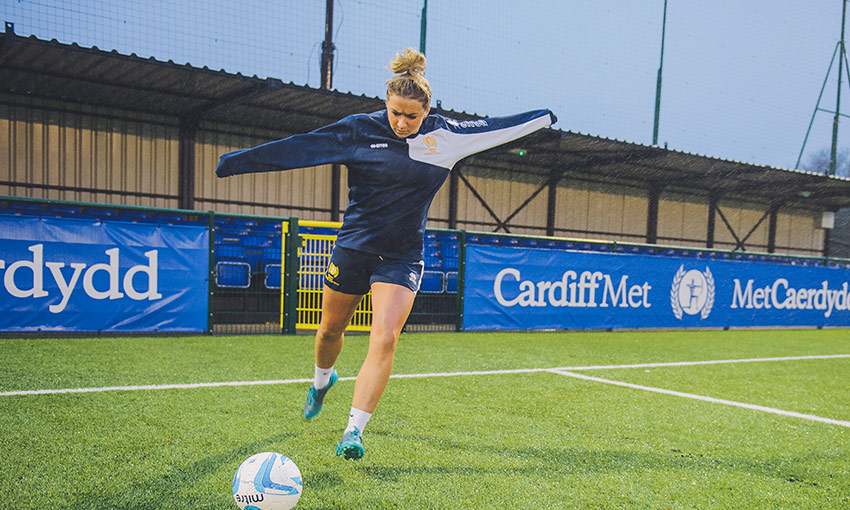 Where do you train and how often?

We train at the university on Cyncoed campus. We are very lucky to have a quality 3G pitch which we have two sessions on a week. We also have two gym based early morning sessions each week in the athlete gym in NIAC which has fantastic facilities.

Describe a typical day for you, from waking up to going to bed…

A typical day would involve waking up at 7am to be at focus (gym based) sessions for 8 o’clock which lasts an hour. After training I would usually get some breakfast with my team mates in the SU and then head to the library with a large coffee to get some of my coursework done. Depending on the day I have a 3 hour lecture and then football training on the pitch from 5-6.30pm. After training I crash on the sofa with snacks and netflix and try to do as little moving as possible!

How do you spend your ‘down time’?

My downtown is usually spent relaxing at home with my partner in crime and fellow teammate Sophie Scherschel or going to the cinema/shopping/pub with my friends. Football takes up a lot of time and it is a massive commitment so when I do get to relax it is much needed. 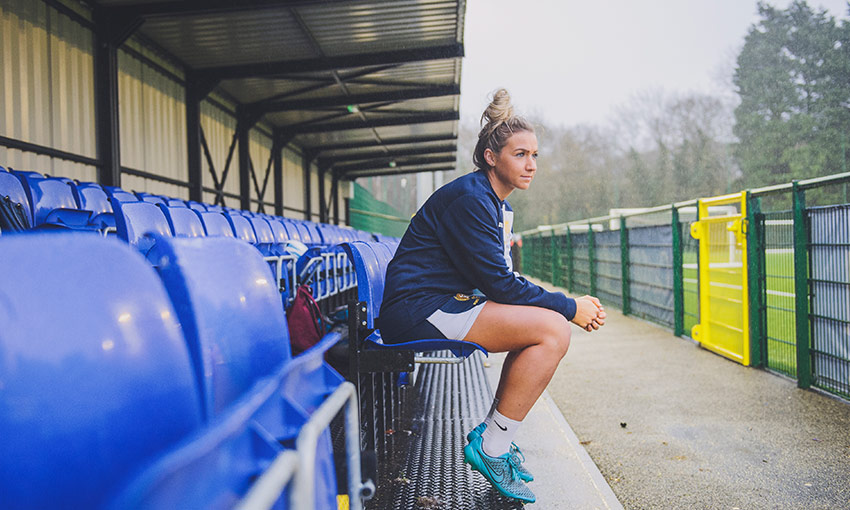 What qualities do you need to become captain of the women’s football team?

Being a captain of any sports team requires a good work ethic and leadership skills. I think being motivated and trying to lead by example is important in the University team because it is vital to maintain a positive and professional environment.

How do you balance academia with elite sport?

The coaching staff at the club are extremely helpful when it comes to academic work and if you are struggling they will always try to help you out. The tutors and lecturers also very understanding with regards to sporting commitments.

How could other students get involved in women’s football?

The club are always looking for new talent and players to strengthen the squad so students can get in touch with the coach to arrange a trail or speak to one of us players directly, as we like to think we are very approachable!

What do you hope to do after completing your studies?

After completing my course I hope to get into Strength and Conditioning and become an accredited coach in a good institution or club.

What has been your greatest achievement since you have been at Cardiff Met?

I would say my greatest achievement would be scoring twice in the Champions League qualifying tournaments with Cardiff Met. The standard in Europe is very high and competing at that level is very different to Welsh football and so scoring two goals was a good achievement!