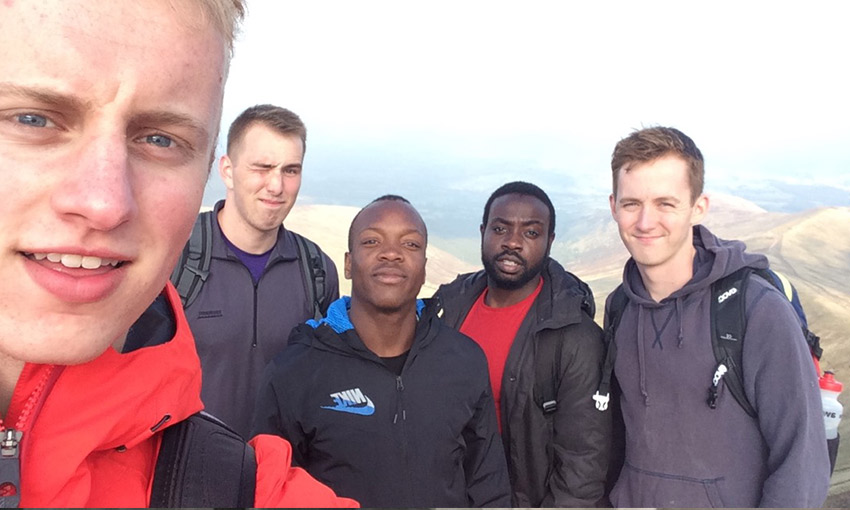 So far this year has been very busy but interesting – so I thought I would share a few of my highlights so far with you, of my second year at Cardiff Met.

My housemates and I decided to go up to the Brecon Beacons one Saturday, it was a very exciting day out with the guys. We climbed the highest peak in the Brecon Beacons National Park and had an absolutely great time. There’s a blog post about this in more detail  – click here!

Going to a game at the Rugby World Cup

My housemates and I (again) managed to get some tickets for the 2015 Rugby World Cup, with some of the games held at what was then the Millennium Stadium (now the Principality Stadium) here in Cardiff. We went to see Australia vs Fiji. It was such an unbelievable experience and who knows, it could have been a once-in-a-life-time opportunity to see a World Cup game. Being from England of course I was going to cheer for the Fijians and it seemed like most of the crowd had the same idea! Unfortunately the Australians won the game but it didn’t ruin what was an absolutely amazing day.

During the Rugby World Cup, I also had the opportunity to work some casual shifts at the Fan Zone at the Cardiff Arms Park – a big area full of screens and bars for people to watch the matches. It was a pretty cool experience to watch some of the rugby matches in such an exhilarating atmosphere. Of course it was also great to earn some money whilst the rugby was in town! Also – FYI the Irish are the best tippers I’ve ever experienced. 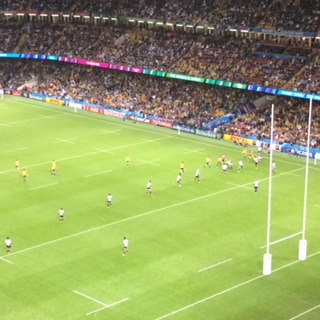 The end of term and run up to Christmas

The last few weeks of term last year were some of the busiest and most stressful weeks ever. With assignments due in for my course (Biomedical Science) and exams to revise for, it was very hectic. But that didn’t stop me from getting in to the festive spirit.

With Christmas parties and socials, it was also very fun. I was lucky to have even starred in a Christmas video for Cardiff Met as part of my role as a Student Ambassador. It was a great day walking around Cardiff trying out activities such as ice skating and going to the Christmas market – and we got to do it all for free! I wouldn’t be a proper student if I turned down freebies 🙂