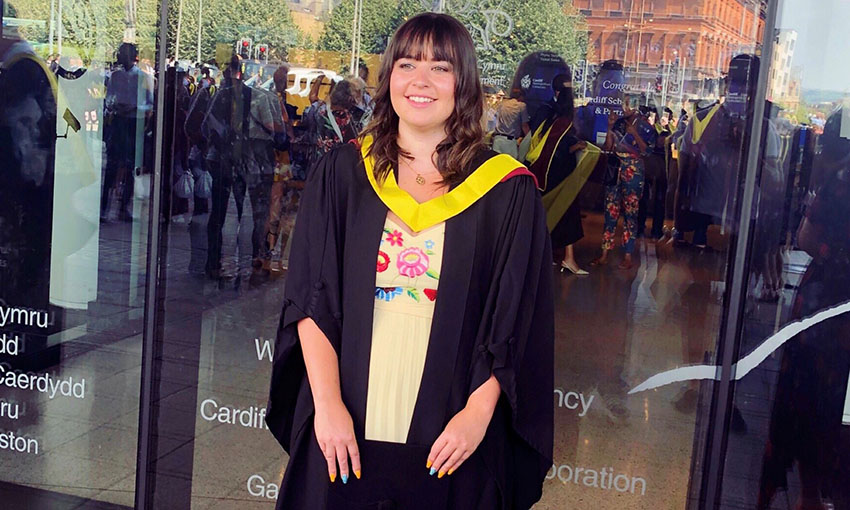 During my second year studying Business Information Systems at Cardiff Met, I was lucky enough to have the opportunity to be offered a year-long placement at South Wales Police as an intern developer. The job gave me such an invaluable experience that I believe internships should be a key aspect during your time as an undergraduate, especially if you want to boost your employability.

One of the first challenges was finding a placement which would accept undergraduates into their professional environment despite not having much experience of working within an organisational culture. However, this lack of knowledge didn’t stop me from applying to companies small or large – I was determined to get accepted. I’m not going to lie, the process for me was long. I was getting declined weekly, and began to give up and accept that I would be going into my final year without my year in industry. Now nearly two years ago, there was a light at the end of the tunnel, one last chance – South Wales Police advertised a role just at the end of my second year, and my hard work and determination finally paid off with an offer.

I’ve found students tend to be reluctant to pursue an internship as they see the experience to only include completing menial tasks, from photocopying to coffee runs. In reality, internships are a learning experience. My team didn’t expect me to know everything, and took me under their wings to ensure I wasn’t just known as the “coffee intern”, but exposed deeply into their way of working.

My role was intern developer. From day one all the way until my last day, I was engaging and getting involved on all on-going projects, providing support to internal customers and even leading on my own projects, which helped enhance some departmental work processes within the police.

One of my memorable moments in my placement, I was nominated for a force award as part of a team of individuals who created an application called “School Uniform Database”, which was developed to identify school uniform clothing to allow identifications of victims/suspects. To top it, during the Annual Force Awards evening we even won the Innovation Award, which was quite an achievement I must say!

Not only did I come away from this internship with job related skills, but every month I had the benefit of attending a different department, which allowed me to experience a day on patrol, attend dog training, and even have the chance to get invited to meet the Chief of Police!

One thing I can suggest to you if you’re considering an internship, is to seize every opportunity, even if it doesn’t fully relate to your degree. Looking back no two days were the same and I loved the challenges. My internship wouldn’t have been possible without my academic studies at Cardiff Met, and the opportunities they offer to you to develop as an individual are second to none!