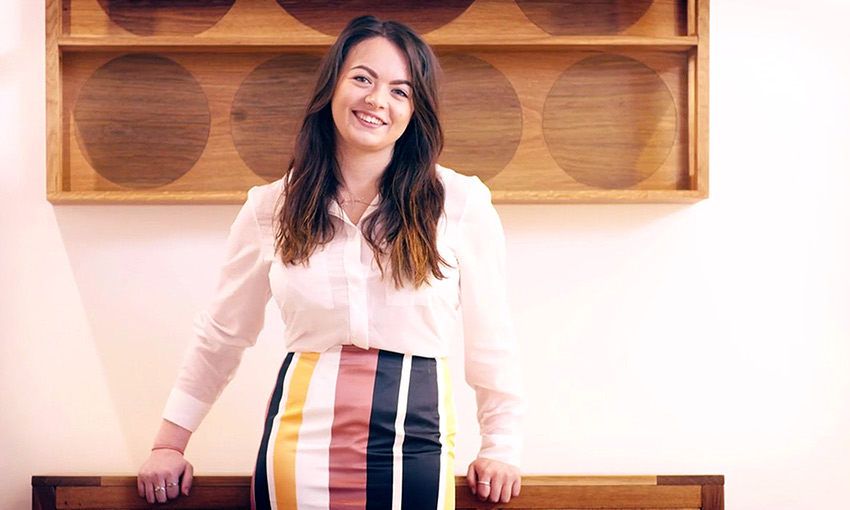 I am a fluent Welsh speaker from the heart of North Wales. I have been surrounded by welsh since birth, and have been taught through the medium of Welsh throughout my education. When I started university, teaching through Welsh in the School of Art & Design at Cardiff Met was not widely available.

I feared that my biggest disadvantage as a result of learning in English would be a lack of specific English terminology about my subject – after previously being taught in Welsh I struggled a bit with adjusting at the start. I often found my self in a situation of knowing the specific word in Welsh but not in English and would have to explain the meaning of the word – hoping someone would know what I meant!

Although it was tricky at the beginning, as the projects came rolling in it became easier, and as a result I was learning new English terminology as a result of each project I did.

Another concern I had about learning in English was my writing technique – it was weak, as Welsh sentencing is backwards compared to the way that the English language is written. Having to write a dissertation definitely concerned me, but in reality it was much less daunting than I initially thought. After reading and researching into books, papers and studies I became more knowledgeable about my dissertation subject and the English terms. In fact, many of the terms I came across were not easily translatable to Welsh, so writing a dissertation in English was eventually easier for me – finding Welsh terminology for everything would have been very difficult!

In the beginning of my 3rd year of study, Cardiff Met employed a furniture designer – and he was Welsh! He became my personal tutor and helped me out a lot. It became much easier to talk about my ideas, and very easy to discuss all sorts of design possibilities – I could do this much quicker than I would if I was explaining in English only – it was a breath of fresh air. I had the freedom of two languages to fully explain my ideas to the depth and detail that I craved – I could now essentially speak “Wenglish”!

When I look back at the last few years, even though I struggled getting to terms with learning to interpret designs and talk about my ideas through English at the start of my studies, it has been hugely beneficial to me. I now have the skills to communicate my designing and making in Welsh and English, and knowing both sets of terminology enables me to be a completely multilingual Designer-Maker.

Watch Gwennan as she creates a sideboard from scratch in the time-lapse video below: