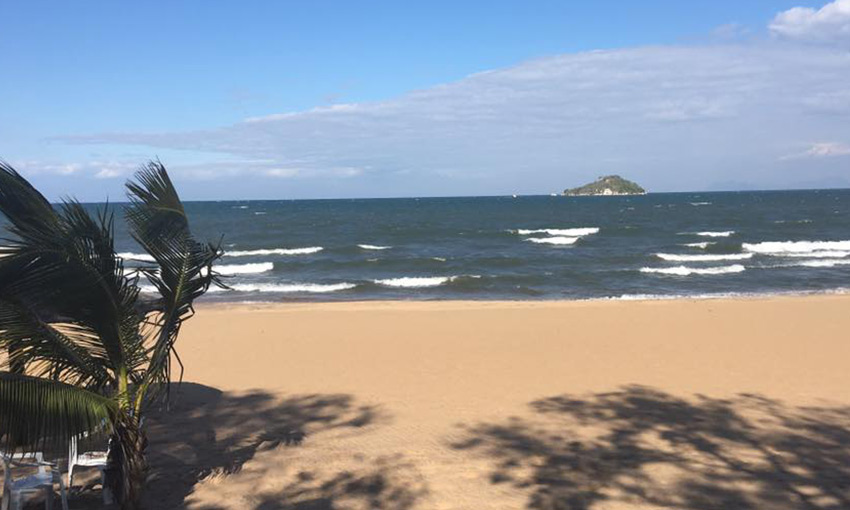 Every two years there is an International Congress of Environmental Health. Last time it was held, in 2014, it was in Las Vegas, this year it was in Lilongwe, Malawi.

We left Sunday 1st May from Heathrow, and after 8 hours of flying over night we arrived at Ethiopian airport at 6am their time on Monday morning. It was at this point it became clear I was in Africa; firstly, there was smoking indoors and there was grass on the floor as a non-slip method because the roof was leaking as it was the rainy season. Secondly, when we tried to get hot drinks there was no queueing system and they made tea with frothy milk, it didn’t taste very nice and was very confusing!

We left Ethiopia after 3 hours wait and travelled another 3 hours to Lilongwe airport. It was a lot warmer in Malawi than in Ethiopia. We had to get visas to enter the country, and it took what felt like all day, this was because they wrote down every person who entered the country, there were no computers, everything had to be hand written! After 2 hours of queueing we finally left the airport. 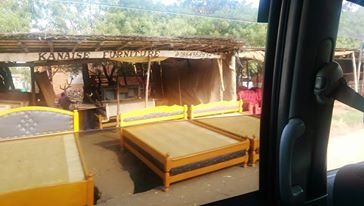 As we started our journey from the airport to the hotel, we travelled along tarmac roads with red sand on the sides with market stalls on each side, which sold sofas, furniture and coffins. It was a lot greener than I expected, with fields going for miles on both sides of the road.

We arrived at our hotel after an hours drive from the airport, once we had settled into our rooms we decided to go for food. We found a place that was suggested by the hotel and had a drink, when we asked for the menu they said that they closed at 5 for food so we had to move to the neighbouring restaurant! Then, as it was a bank holiday there, they hadn’t had any deliveries so they could only serve us fried chicken (similar to something you’d get from KFC), quail, macaroni and cheese and burgers. Half the way through our dinner, they had a power cut and we had a candle lit dinner until the power came back on.

On the first day of the conference we were welcomed with speeches from the Minister of health of Malawi, and the President of the IFEH, and then we had entertainment provided by the local schools, tribesmen and women who sang and danced for us as part of a ceremony. 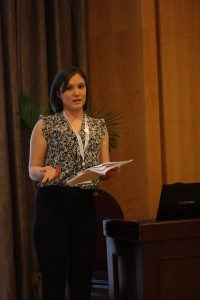 On Tuesday afternoon I was the last to presented my research project, after the other students had done theirs. I was nervous but I realised what an amazing opportunity it was to be able to present my own research project in Malawi in an international conference for Environmental Health, and I just could not let this opportunity pass. Once I had finished, I had a few questions and a few people came up to me and introduced themselves, saying they had enjoyed my presentation and that they found my project interesting, which was a massive boost to my confidence!
On Wednesday we attended the conference to watch others present. Thursday was ‘field trip day’ and after feeling sick throughout the night I thought I was going to be unable to go, but after medication and a nap on the bus I soon recovered. This was one of the best days of the trip! We visited a village who had stopped people going to the bathroom outside, by ensuring each hut had an outside toilet and basic hand washing facilities/ The chief was the first in the area to stop this practice and had reduced the number of deaths in this village by reducing the number of people becoming unwell with diseases caused by them going to the bathroom outside.

When we got off the bus, the local women were singing and dancing, the children all came to see the visitors and the chief welcomed us all with a speech and then a tour of different toilets and to see how they washed their hands. Once the tours were over we had women singing for us and men with masks on dancing (which all the women and children were terrified of and would run away from them if they came near them)! 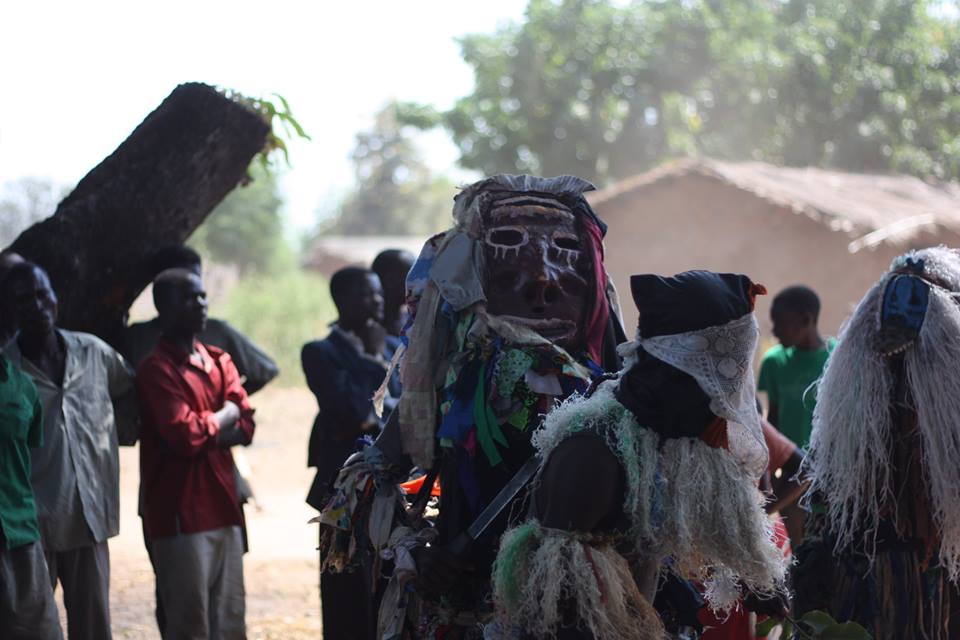 A certificate was then presented to the chief to congratulate her on this monumental success, and I can honestly say I have never seen someone so happy about a certificate for having toilets!

Once we had left the village we headed to Lake Malawi and for lunch at a hotel right on the beach – the lake was so beautiful and very windy. The lake is the second largest in Africa and it’s more like the sea-side than going to a lake here in Wales. There were also monkeys by the lake which was  an unusual sight!

Friday was the final day of the conference and to end the trip there was a conference dinner for all those who attended the course. It was lovely to see everyone and a good way to the end a fantastic week. We flew home on the Saturday and landed back in Heathrow via Ethiopia airport again on Sunday morning at 7. I am so glad that I am home and not having to eat any more awful aeroplane food, which consisted of chicken or beef and curries at 5 in the morning! 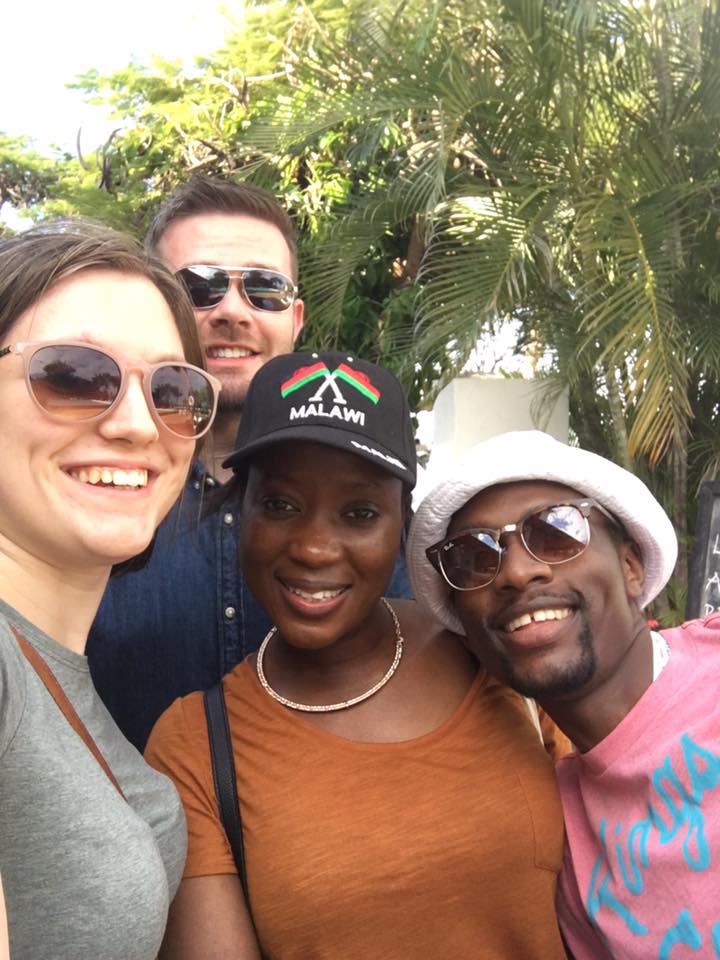 To anyone who has the opportunity to travel to a conference or to present somewhere, just take it because it was truly one of the best experiences I’ve had and I would definitely go back to Malawi again! A week just didn’t seem long enough. The only unfortunate thing was that I came home on Sunday and I had an exam on Thursday!

In two years’ time the conference is in New Zealand and well, I had better start saving and researching so I can go again!