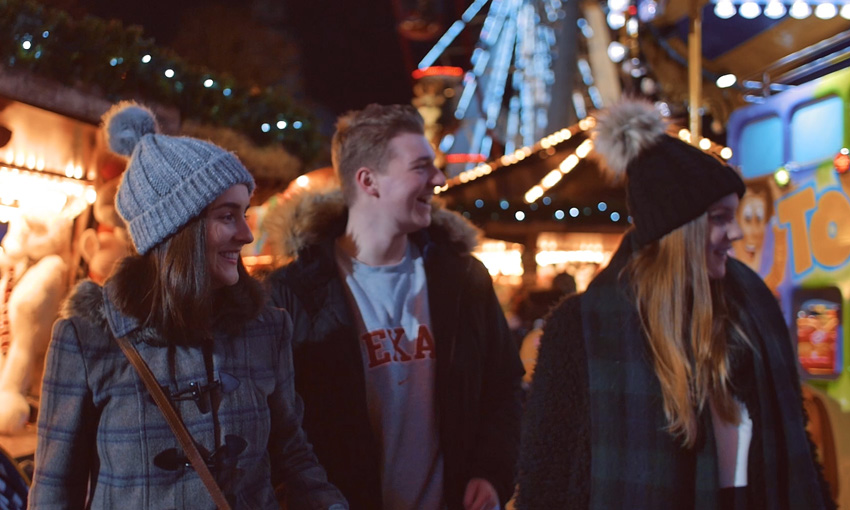 At the start of December I was able get involved in the filming of Cardiff Met’s Christmas in Cardiff video – and I had an awesome time in doing so!

I was invited along with some other Cardiff Met bloggers to spend the day checking out what the city has to offer for students at Christmas time while being followed by a film crew. As you can see, it didn’t disappoint:

It all started with meeting some fellow bloggers at The Flora pub in the student area of Cathays. It was a great opportunity to get to know some other students from all the different schools at Cardiff Met – Architectural Design student Mark, Max and Will from Primary Education Studies, Rachael from Environmental Health & Meg from Sport Science. 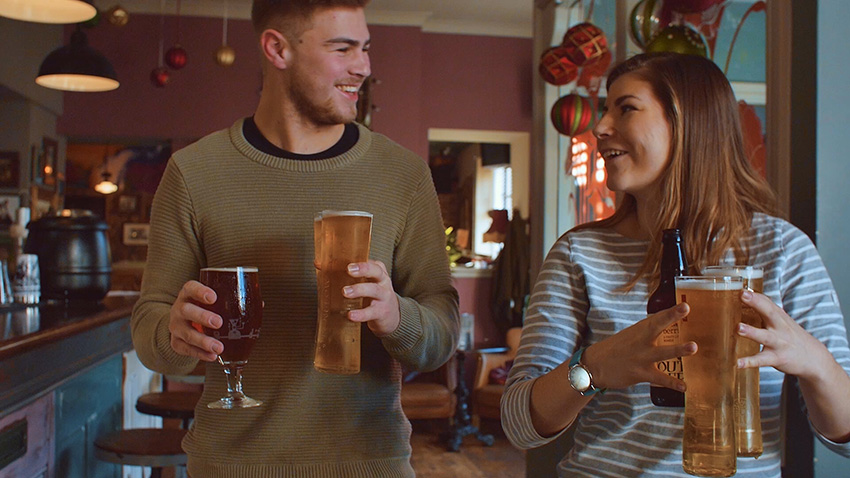 Getting to know each other over a pint at The Flora!

The festivities soon began, with crackers to be pulled, hats to be worn, and cheesy jokes to be told. At some points we even forgot that we were being filmed! An hour or so later and a drink or two down, we were all fully acquainted and ready to move on to the next location – Cardiff Market! 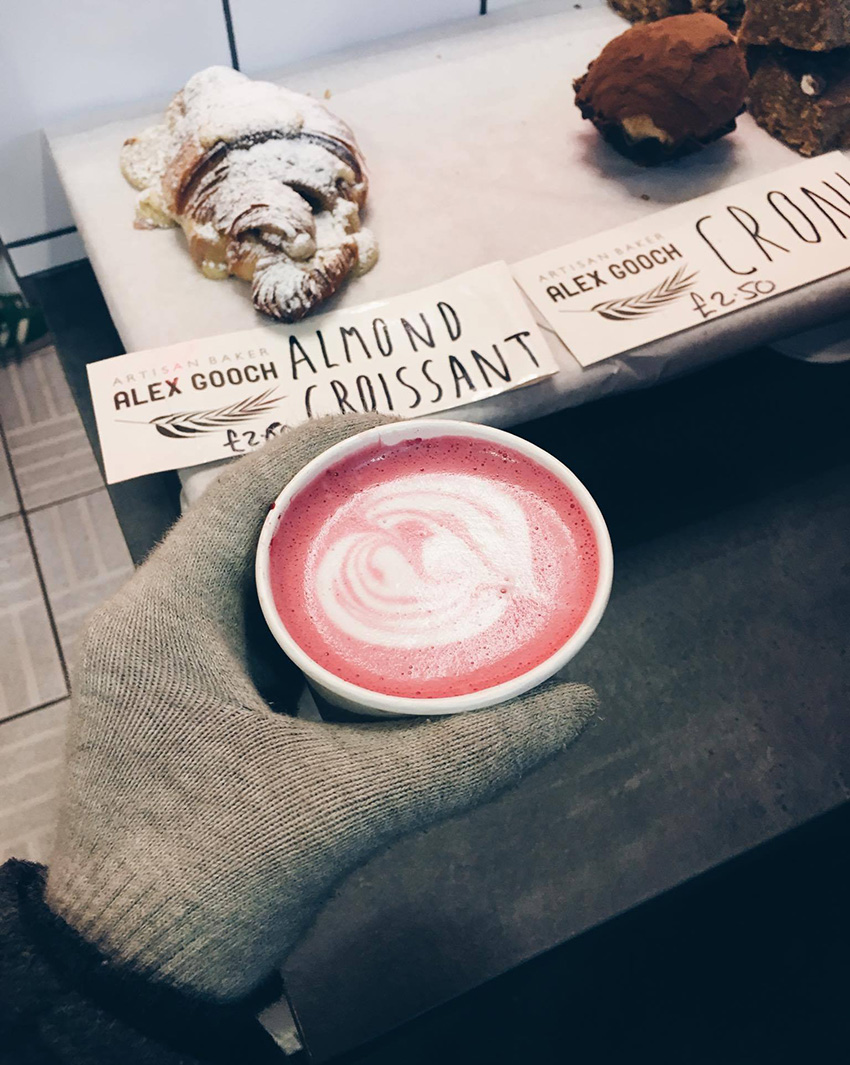 I hadn’t been to the market for a good few months, and it was so lovely to see new stalls had popped up, Hard Lines Coffee being one of those. We all ordered a warming drink each, which was very much needed on such a cold day! I went for a beetroot almond milk latte, and I can absolutely recommend it – be warned though – it may make your tongue pink! 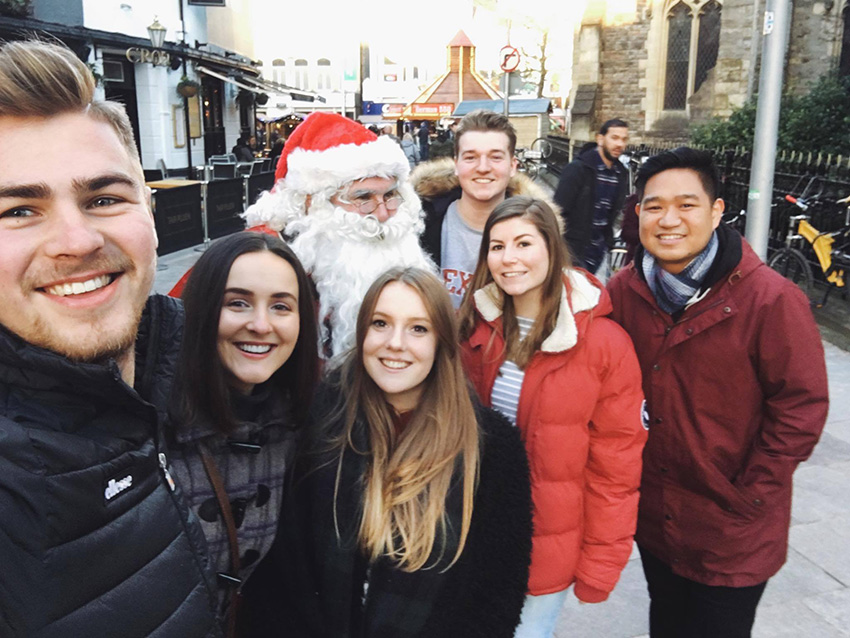 After a bit of Christmas card shopping we made our way to Small Bar, just around the corner. Funnily enough I was here just a few days before, and was happy to be back! It’s a great spot. After having a brief encounter with Father Christmas, we split up and half of us went to check out the Christmas markets, and the other half to Winter Wonderland – this is where I went. 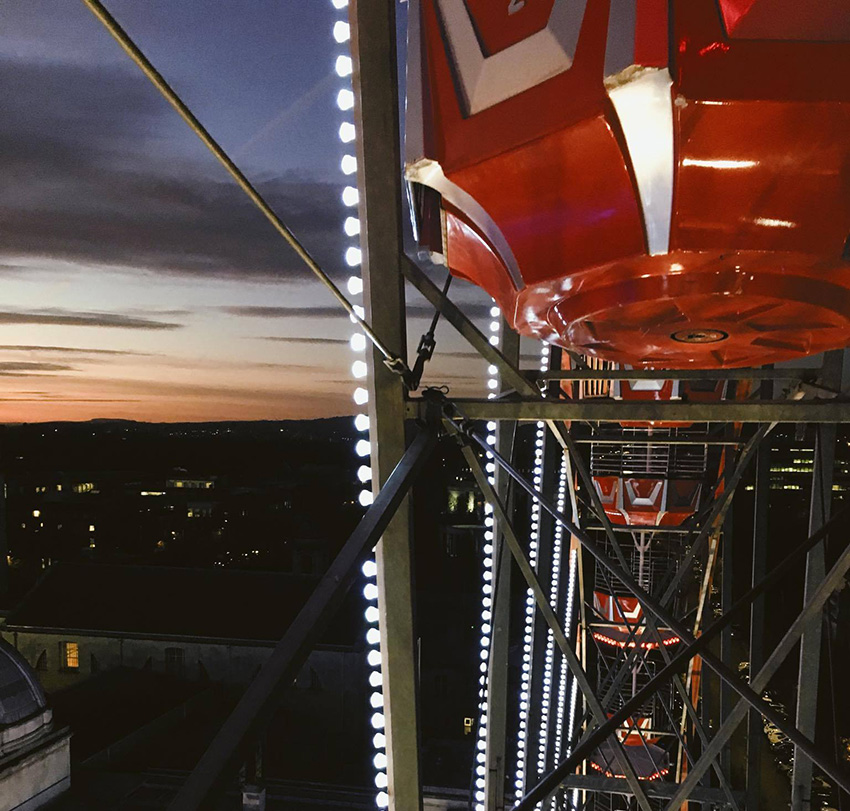 The sunset view from the Giant Wheel was amazing.

It was time for some ice-skating, and at an ideal time before it got really busy too. For some of us, it was the first time on the rink – but hopefully not the last despite a couple of falls! Next we had a much needed sit down on the ferris wheel where we could see the sun setting across the whole of Cardiff, as well as a birds-eye view of the festive lights. 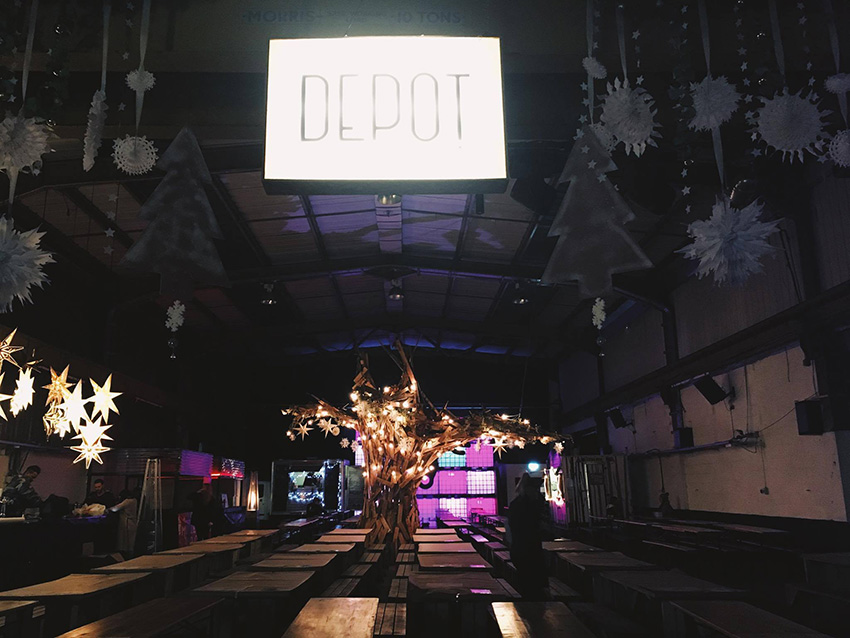 Depot is an amazing venue at Christmas time – and it was set up by a Cardiff Met graduate too!

Our trio met back up with the rest of the group, this time at Depot, situated near Cardiff Bay. We discussed the day over drinks and pizza, whilst the atmosphere started to grow before their massively popular Bingo Lingo event started. By this point we were all really excited to see the final video, and to think we’d only met each other that day! We all got on so well that we went on a night out after the filming had ended, but that didn’t make the cut… 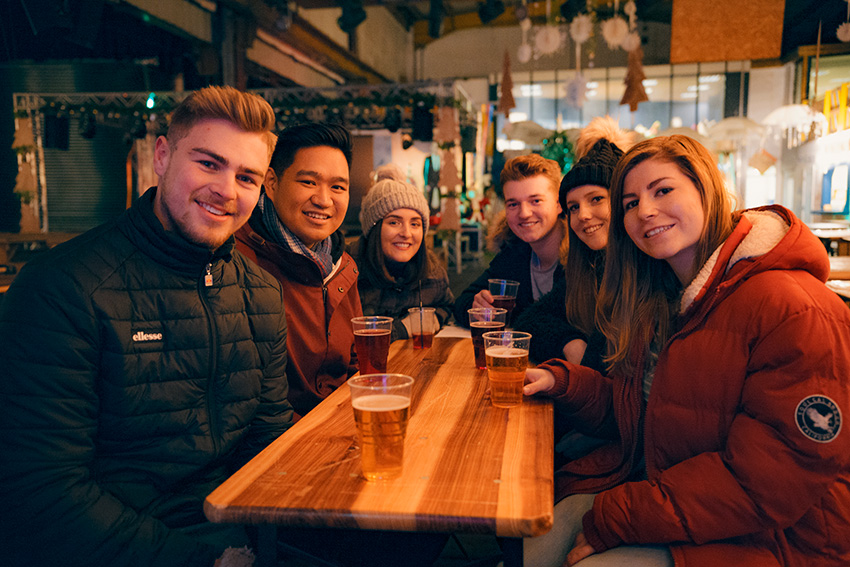 Merry Christmas from us all!