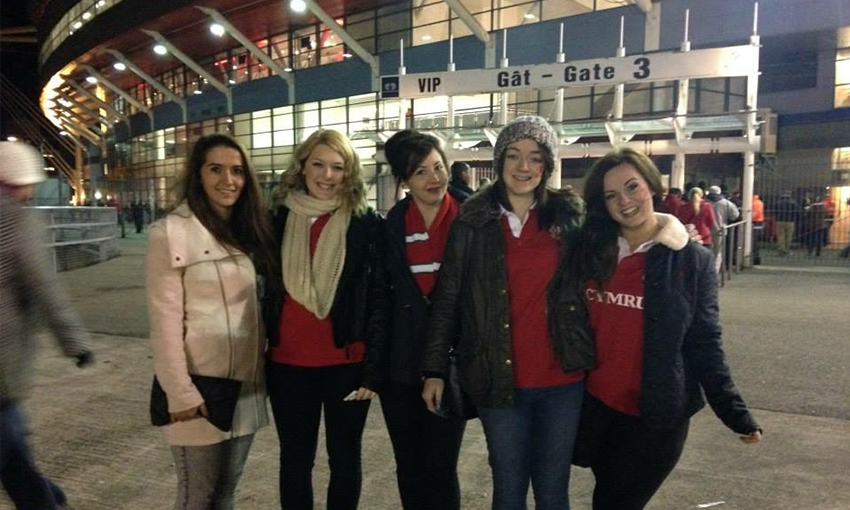 The time is 07:45 and I have 45 minutes to get ready before I have to leave for class. Tuesday is the busiest day on my timetable. I start at 09:00 and finish at 16:00 with a few breaks in-between. Luckily, I only have two early starts a week. I really don’t know how we ever managed with five, six-hour days at school when we were kids. I would be so drained if I did that now, although the content I study here is hardly ‘child’s play’. I’m a third year English and Drama student and now, it’s getting harder! Regardless, I am not a morning person. Approximately six alarms are snoozed before I will even contemplate moving.

The 52 bus arrives at 08:42 from the bottom of my road in the middle of Cathays. It does today at least but I have learnt not to trust buses. They have a habit of turning up early, so I always leave with extra time. I’m based on Cyncoed Campus, which is situated in a really nice area amongst million-pound houses. I’m not sure whether this was by accident or whether it’s an attempt by the Uni to make us aim high!

My first lecture is part of my ‘Narratives, Identities and Places’ module. This week we are studying Zora Neale Hurston’s Their Eyes Were Watching God. Essentially, it is a celebration of African American culture and dialect, but as much as I enjoyed the party, it is damn hard to read. I won’t spoil it for you though, (just in case). Anyway, we will analysis the book in more detail in the complementing seminar tomorrow morning. After this lecture I have a two-hour break. I reward myself with a Starbucks and a bacon and egg bap in the SU. Some people eat to live; I live to eat. I like this part of the day especially as this is the first point in the week where I can have a face-to-face catch-up with my course friends. Our discussions normally consist of how we embarrassed ourselves over the course of the boozy weekend.

After this, we headed to the library for last minute research for our next class, which is the ‘Modern and Contemporary Literature’ seminar. Today we are looking at Virginia Woolf’s Mrs Dalloway. Everyone was engaging very ‘enthusiastically’ with the novel and with an additional extract that we had to read; Woolf’s satirist and hilarious ‘Middlebrow’ piece. We discussed feminism and attitudes surrounding the class system. I enjoyed Mrs Dalloway. One of the things I like about my course is the variety of texts we get to study. In one day I have gone from one side of the Atlantic to the other. I’ve looked at Hurston and the Harlem Renaissance and I’ve laughed at Woolf being sassy in a disgruntled retort.

Once the class has finished we head to The Bench. It’s lunch time! By this point, diets are out the window and we sit impatiently waiting for 14:00 to come.

The final class of the day is a two-hour seminar called ‘Post-war British Drama’. In previous years, my schedule has consisted of two English modules throughout, one Drama module per term and one PDP. My third year timetable consists of two English modules, two drama modules and an every Friday is devoted to my Performance Dissertation. So essentially, I have a 15hr week not including extra rehearsals or independent study time. Ouch!

Moving on, this seminar feels like a Politics/History class. We explore British ‘State of the Nation’ plays from the 1950’s to the current day. We’ll get to Maggie Thatcher before long and with such big personalities and opinions, at either ends of the spectrum, I’m expecting fireworks. As much as my head hurts after, I think it’s a good thing. I couldn’t study something for three years that didn’t engage or ignite passion. The clock strikes four; the day is done.

I walked back today to save money on the bus, thankfully, it’s down-hill all the way. It only takes about 20 minutes and I get to walk along Roath Park, a pretty man-made lake adjoined to two more parks. It’s lovely. You can even rent a pedalo in summer and it’s a good running route. I love watching the leaves fall at this time of year as well. Just watch out for the swans!

Once I’m home, I like to relax with my house mates. We like to potter about at home, watch films and consume more tea and biscuits than you could ever think of. I might go out a few times a week. This could be going to a club – although I’m tempted to cut down on drinking as the next day is always a write-off. If not, I’ll just pop round a friend’s house for more tea and biscuits!

To find out more about studying Drama at Cardiff Met – watch the video below: