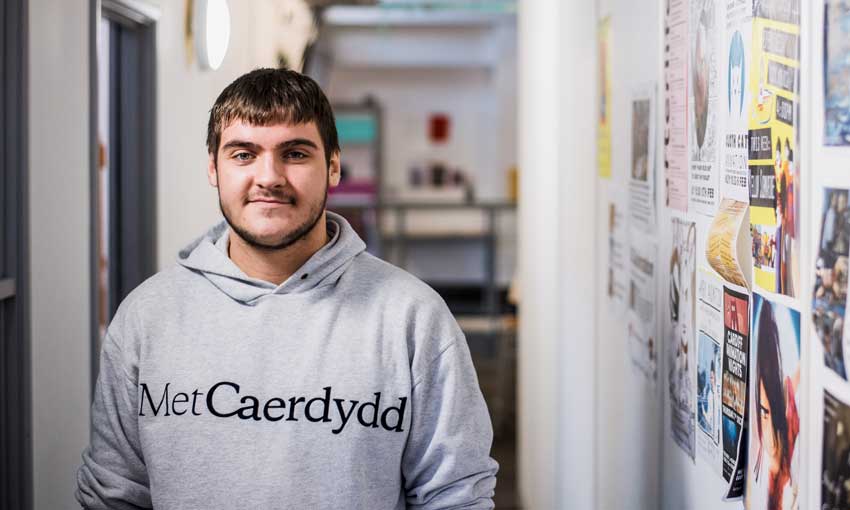 Looking back on the last three years of my life studying animation here at Cardiff Met has made me realise how well it has prepared me for venturing into the animation industry.

My first year here served as a great starting off point to develop my skills as an artist and animator. We had several industry professionals come in as guest tutors to induct us into different processes such as 3D animation in Maya and 2D animation in Moho.

The induction into Moho would later on prove incredibly useful for me, as in my second year my class got the chance to work on the Caru Canu (Love to Sing) live brief. Caru Canu is a Welsh language animated children’s show where each episode covers a different Welsh nursery song. During our time working on the show, we participated in weekly production meetings with the producer, Siwan Jobbins of Twt Productions, and our co-animators at Picl Animation.

Being part of these production meetings gave me great insight into the production of an animated television show. Meanwhile, I got the opportunity to edit together storyboards into animatics, build and rig characters ready for animation, laid out the characters and props into scenes in episodes, and even animated a character for an entire episode (‘Adeiladu Ty Bach’), alongside other bits of animation in other episodes.

Now in my third year, I have long since started production on my final film. I’ve gone through the storyboarding process, and I’m well into the animation process currently, having had weekly group tutorial sessions throughout to push and develop my own and others’ ideas.

Most recently I had the chance to create an animated ident as part of a contest for the 2020 Cardiff Animation Festival. My ident was chosen and will be screened in front of one of the animation programmes that would play during the festival. The festival has had to be postponed for now due to coronavirus, but I’m still incredibly grateful to have had the opportunity to create the ident and for it to have been chosen to be screened.

Other benefits of being on the course have been the different guest speakers we’ve had. In my time on the course, we’ve had talks from Cloth Cat Animation MD Jon Rennie, along with two studio visits to Cloth Cat, a life drawing session and talk from Joanna Quinn – as well as a visit to her studio in the first year – and the opportunity to visit and work alongside Picl Animation. We’ve also enjoyed guest lectures with speakers from the industry such as Barry Purves, Helen Brunsdon and more.

All of this has helped prepare me and shaped me into a more capable and hopefully industry-ready animator. Having had a credit for an animated show which has aired on television, working alongside professional and talented animators and producers and learning more from all of the industry professionals who have come to share with us has made me realise that I’ve gotten a lot in my time studying here at Cardiff Met. I’m excited to see where this wealth of experience could take me next.