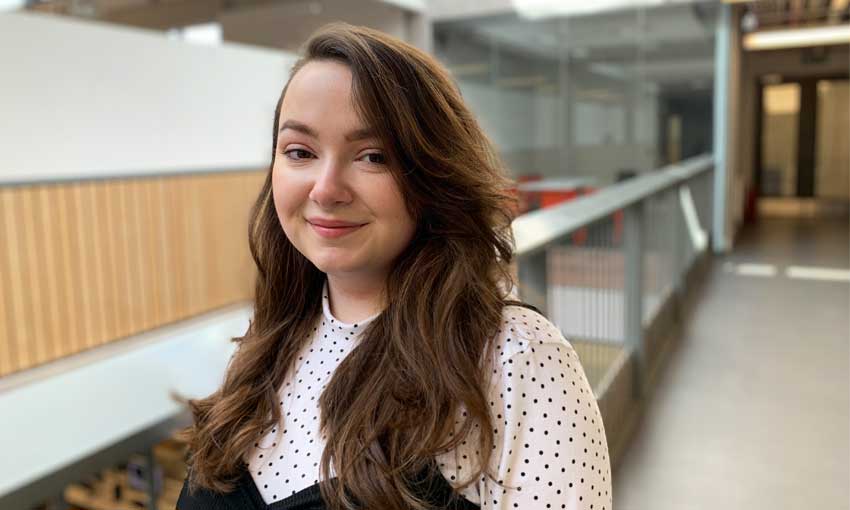 I’m now a final year Graphic Communication student at Cardiff Met, so when I returned to university in September, I really expected to hit the ground running as far as design projects were concerned. However, I didn’t expect what came out of this project.

My coursemates and I worked on a brief to redesign accessible toilet signage to recognise people with hidden disabilities. Specifically, we wanted to improve the experience for people with stomas. A stoma is the result of an operation called a colostomy, which is sometimes used to treat people with serious digestive problems or cancers. They work by diverting waste out of the digestive system and into an external bag, which can make using conventional toilet facilities difficult.

After visiting the amazing team at the healthcare company Pelican & Respond who manufacture stoma equipment to learn more, we soon realised the project was going to be much bigger than we first anticipated.

But while it was daunting, it definitely turned out to be one of the most rewarding projects we’d done to date. We lived and breathed it for six weeks; we toured Pelican’s factory, wore practice stoma bags around the graphics studio and interviewed whoever we could to get a sense of the issue we were tackling. We did everything we could to try to understand the issue, and why we needed to push the message for change to the signage.

Through the research process, we found out that 92% of the UK’s disabled population isn’t represented by the current signage on accessible toilets, as just 8% of the disabled community in the UK are actually wheelchair users. We soon realised we weren’t just designing for people with stomas, hidden disabilities, or necessarily any disabilities at all — we were designing for everyone regardless of their health status.

During our time on the project we heard some horrific stories of people being physically and verbally abused for using accessible toilets due to the hidden nature of their disabilities being hidden. They all had a right to use this space, as they had hidden disabilities.

While the people who try to ‘police’ disabled toilets sometimes believe they are being allies by trying to make sure facilities are not being abused, there is a huge misunderstanding that having a disability must mean having a visible physical impairment

The team and I designed new toilet signage that would be inclusive of everyone, regardless of what disability they may have. We also created a campaign called Let Us In, all about accessibility, acceptance and a community. It emphasised the need for change surrounding education on disabilities. The team at Pelican & Respond loved our campaign and its message.

We gave two presentations in the studio, and after the second we were invited to talk at the Senedd in Cardiff Bay. On Wednesday 22nd 2020, we presented Let Us In to Jenny Rathbone AM, who sponsored the event, as well as Julie Morgan AM, the Deputy Minister for Health & Social Services.

So many amazing people from different organisations were there to support such a vital and positive call for change. It was an amazing experience. Little did we know that at the end of the event, they would announce that our accessible toilet signage was in the final stages to be trialled in Cardiff.

When we started working on the brief we never expected this to happen. Projects like this make me proud to go to Cardiff Met – I’m on a course that encourages its students to fight for positive social change wherever and whenever possible, and to challenge the norms of society.

We were given what we thought was a limited six-week brief, and it snowballed into something so much bigger than us, with such a rewarding result.