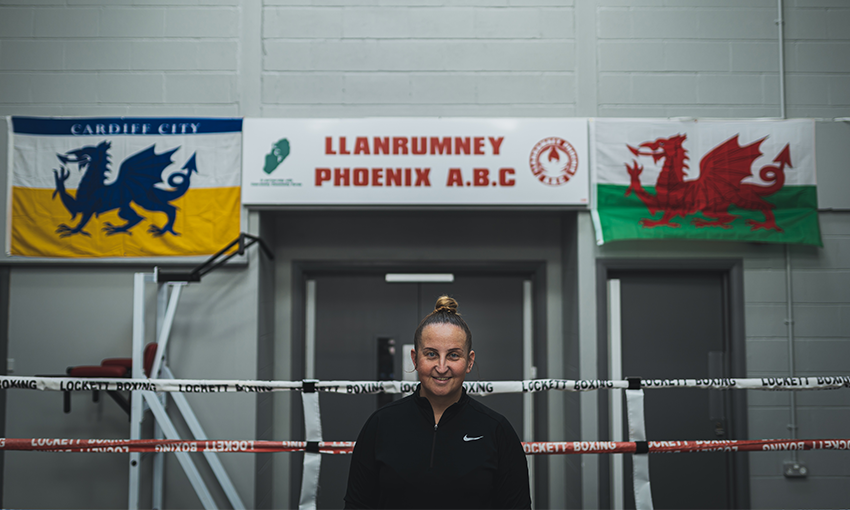 My name is Gemma Price and I am the founder of women’s boxing club Boxing Pretty, part of the management team at Llanrumney Phoenix Boxing Club and almost a 3rd year Sport Management student at Cardiff Met.

I’ve always had a love for boxing as a sport and back in 2012, after a very damaging time in my life I was handed the keys to a local boxing club and told to go and punch the bags. The release I felt on doing this was insane, years of emotional and physical abuse all punched out on the bags. I thought if I felt like this, there must be other women that could benefit from this too. Turns out there’s a lot – and Boxing Pretty began. We’ve now grown from 1 class per week to 5 classes per week with over 30+ women and girls training. I’ve qualified as a boxing coach and have pushed women’s boxing in Wales. We’ve also raised just under £15,000 for local charities through women’s only fight nights. There is a whole story behind Boxing Pretty that I am very proud to share.

Through Boxing Pretty starting, I knew I wanted to give back to the club and help in any way I could. The club was based in an army cadet hut in Llanrumney and could hold around 15 people maximum. The club was really successful and the only thing in the community for people to do. The club was turning young people away and I know that’s something that the team never wanted to happen. The club were a victim of their own success and needed more space.

So, we called a meeting with various local councillors, MP’s and council officials and put together a business plan to extend the hut. However, this was a time when a building at the opposite end of the road to the hut was being released by the council. We met with the council and handed over our business plan. We knew we could make the building a success. In October 2017 – we signed a 99-year lease for the new building and were able to make it the new home for the boxing club. The club now averages over 120 people per day through the doors of the building. We have many projects that we work on including education and personal development of children excluded or at risk of exclusion from school, Cardiff Homeless service, Llandough Dementia Unit, Community Mental Health groups and many more. We have a community building that is used by the community. We’ve recently had funding from the Welsh Government for £183,000 to upgrade the building.

University was always something that I’ve wanted to do but put off. For me and my family (I’m a single parent to 2 children) it was never the right time. I’m not from a family where everyone has gone to university and I’m the only one who has done so. In 2017 I decided to apply to Cardiff Met to do the Sport Management degree. After researching courses that were available, this seemed the best course to complete to enable me to progress the boxing club as I wanted too. I applied, was accepted, left the job I was in and in September 2017 began my course.

The course has been so beneficial as everything I have learnt I can transfer over to the boxing club. The lecturers all have industry experience so can bring real life experience and examples to the learning. Some of the topics covered on the course have been HR Management, Finance, Sport Development and Behaviour Change as well as many more topics. The course is varied, and you can pick modules to suit what you wish to achieve with your degree. Each has really played a part in helping me develop the boxing club and push it forward. Finance has helped me with applying for funding for the club and has helped me keep a check on how the finances of the club are running. Behaviour change has helped me understand how people work, and how exercise can be used as a tool of engagement. I completed my work experience at the club allowing me to focus on the upgrade of the building and the running of it.

The course is now endorsed by CIMSPA – an accreditation that is widely recognised within the sport industry.

Through doing the course, I have been able to develop the boxing club and I’m also looking at setting up my own sports consultancy/development business. The boxing club has gone from strength to strength and I can put that down to the learning and support that Cardiff Met has given me. I would highly recommend the course to anyone who wishes to pursue a career in Sport Management.