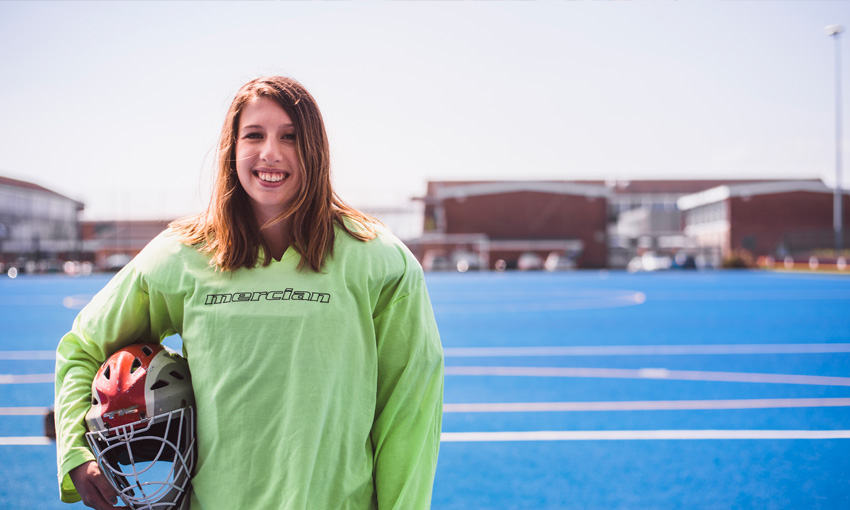 When I was in year 13 at school I did A level Biology and BTEC Sport. I originally applied to do physiotherapy through UCAS.

I had a couple of interviews but my choices were pretty limited because of the type of BTEC I was doing, and I ended up with no offers.

My plan was to take a gap year if I got a B in biology. I’d reapply for physiotherapy and do a bit of travelling in the meantime.

Then, results day came around and I got a C in Biology and D*D* in the BTEC. I was disappointed not to get the B I’d hoped for in biology, but I was grateful that I didn’t have an offer from a uni and lose it because of not getting the grades.

My dad suggested I have a look online and see if there were any courses I wanted to do through clearing. This is when I remembered a friend I met on holiday who went to Cardiff Met. They’d told me about the Sports Conditioning, Rehabilitation and Massage (SCRaM) course there.

I love my course and the city I’m studying in.

I went on to the UCAS website and looked up the qualifications needed, then gave them a call.

I spoke to the course leader, Rob Meyers, who gave me a brief phone interview as to why I wanted to do SCRaM. He said I had the right qualifications and that it sounded like I had the right personality, so he offered me a place there and then on the phone.

Thankfully there was an open day two days later, so I had the opportunity to go to Cardiff Met and look around the Cyncoed Campus where the course is based and speak to some of the lecturers.

I loved the sports facilities available, especially as a hockey player, with the Astro pitch and the gym at the National Indoor Athletics Centre (NIAC) on campus. It was obvious the uni had spent a lot of money to get the best possible facilities for their sports courses.


It was weird to think that for almost six months I was convinced I was going to take a gap year and travel the world, and then in the space of just a week, I’d decided to move away from home for the first time and live in Cardiff.

I’ve just finished the second year of my degree. I know now that I made the right decision, and I think this is a better course for me than physiotherapy would have been. There are Masters courses available at Cardiff Met too depending on what I want to do after this, but I’m not going to think about it too much until next year.

I don’t think that getting into your first or second choice or a big-name Russell group university is actually as important as some people make it out to be. If I had to give one piece of advice it’d be to concentrate on getting the best grades you can, but to remember that clearing is there as a safety net.

My life didn’t go the way I had originally planned, but thanks to clearing and one small phone interview, I’m in a city I love and on a course I enjoy which really pushes me.