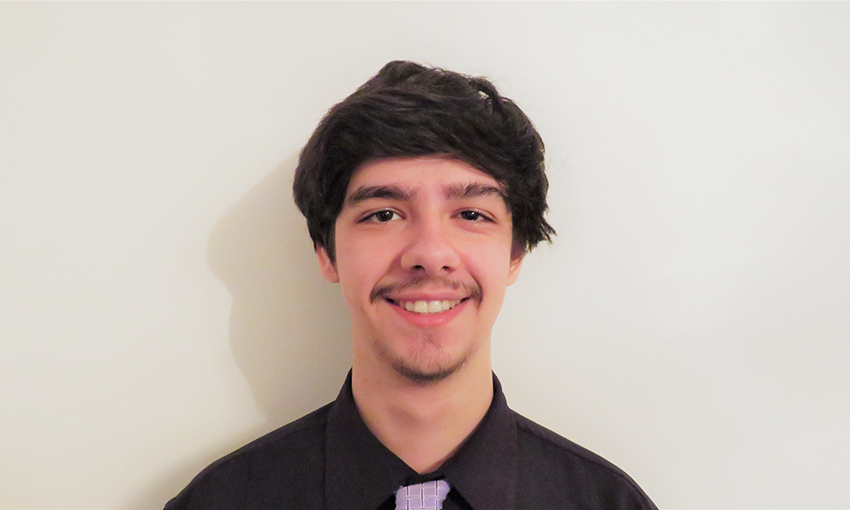 Hi there, my name is Lewis Moholt, and I am a second year student at Cardiff Metropolitan University studying Computer Games Design and Development. My time at Cardiff Met so far has been super exciting! I have learnt a bunch about video games development, taken part in some exciting projects, and even participated in a level design contest judged by professionals in industry!

I started university in 2018, completely oblivious to my surroundings and classmates. Despite this, my passion for video games design and development only grew stronger. The course has allowed me to develop my skills in multiple programming languages, given me an in-depth understanding of game architecture and level design, and provided me with essential knowledge and software experience to broaden my virtual skillset.

On the 6th of February 2020, I decided to check my student emails for once (which is rare). To my surprise, I was greeted with an email from one of my lecturers promoting a level design contest that was being hosted by a small Indie Development team in Toronto, Canada who had released their first video game called ‘Terrorarium’ in early access on Steam. Since my ultimate passion is level and environmental design, I immediately signed up and eagerly awaited a reply.

Weeks later, I received a Steam Key to download Terrorarium, and I started my level design journey in the late weeks of March, when the contest began. When I first loaded Terrorarium, I had no idea what I was doing. However, after spending hours developing my first level, I quickly adapted to the nature of the ‘Maker Mode’ that was available to contest participants for developing levels.

I spent many hours experimenting with the assets provided to level creators in Terrorarium to gain a further understanding of how the game mechanics work and learning the ins and outs of Maker Mode. It was at this point that I realised that many other participants expressed that they did not fully understand how to play Terrorarium or how to begin creating levels. I saw this as my opportunity to create an in-depth, step-by-step guide to teach players how to play Terrorarium and how everything works, which was highly praised by the developers.

When the level submission deadline passed at the beginning of April, a total of 260 levels were confirmed as contest participants. When I found out, I was astounded at the amount of levels that were submitted from all kinds of students from different technical backgrounds all around the world.

On the 5th of June 2020, the Terrorarium Level Design Competition results were published. I am proud to say that although I did not make the grand prize, I secured a place as one of the top 5 finalists. This means that I will receive a Nintendo Switch, my level included in the launch version of Terrorarium, and my name included in the credits as a Level Designer.

Although the prizes are a nice bonus, the factor that I was most excited about receiving was the feedback from the panel of judges. Short-list finalists received personalised feedback on their contributed levels from the panel of game industry professionals – which included Wendy Despain, Production Director at ArenaNet, makers of the GuildWars franchise; Joel Burgess, Studio Director of Capybara Games and has credits in games such as Skyrim, Fallout and Oblivion; Dr. Kate Raynes-Goldie, a multi-award winning game designer and innovator; Aurélien Larue, Game and level designer who has worked on games such as Watch Dogs, Chivalry and Vampyr; and finally, Eric Tam, Senior Business Development Manager at Twitch, who works with game publishers, developers and others in industry. Since these judges are huge names in the industry, receiving personalised feedback from them was invaluable for me as an aspiring video games developer.

Overall, I am happy that I entered the competition. The Terrorarium Level Design Contest has played a huge part in my young career as a video games developer by inspiring me to continue learning and pursuing my passion for video games development. It has been a huge opportunity and an enjoyable experience, and has allowed me to further my skill set for the future.