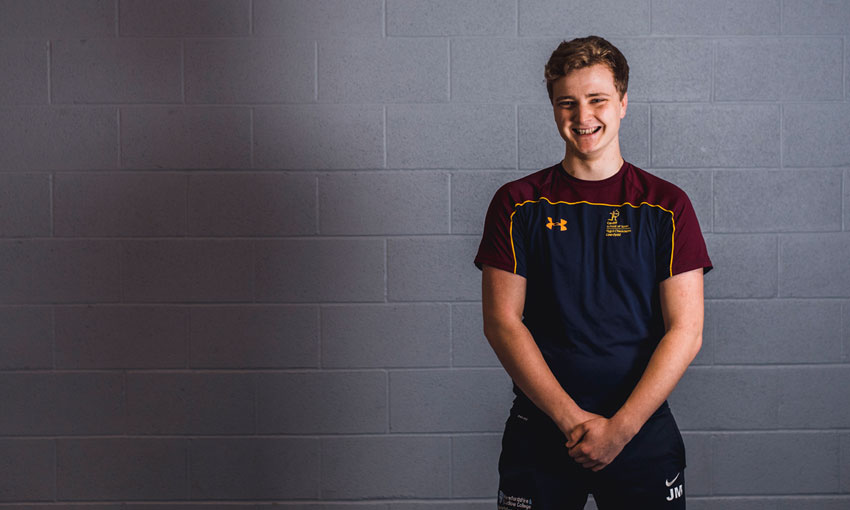 I came to Cardiff Met straight after college like most people. I was 18 and didn’t really know what to expect. Like every other fresher there was a ton of stuff on my mind, but the last thing I thought I’d be doing is starting up my own club!

Just the same as everyone else I found the first year of uni easy, hard, rough, smooth and everything in between. I certainly didn’t envisage starting up my very own team.

I was lucky that I found friends early on. I was in halls with 10 others so as you can imagine the first night sat in the kitchen was very overwhelming! However, a few weeks in we all found a close friend or two and everyone else was a good ‘mate’ (but there’s always that one you’re never going to get on with!).

So, after a month or so when you’ve established a friendship group, you’ve stopped calling your mum every night and you’ve found out who the unhygienic ones are, you feel like you can start to get back into training and broaden your view a little.

When this phase hit me, I realised that although my main sport of cycling was facilitated, my secondary sporting love of American Football wasn’t represented at all. I spent a few weeks throwing the ball around with my friends to get my fix, but then after a week or two I realised that there were quite a few likeminded football fans on campus. No one else had played before, but some were watchers of the game, and those who weren’t were keen to learn.

Enriched with this knowledge I decided to reach out to my personal tutor at the time, Charlie, who pointed me in the direction of the Students Union. I discovered that I wasn’t the first person to have this idea, but I was the first to have people interested.

I decided to go straight to the Students Union. At first they were sceptical, but after talking it out they agreed to give me a chance and gave me slot on a Friday evening on the 3G pitch. I was already qualified to coach football, so we got straight into it. Although it was a challenge coaching my peers, we found a way to make it enjoyable and more than anything it was a great social event which allowed people to keep fit and learn a new sport.

My experiences of coaching and starting up that club are ones I’ll treasure forever. It’s given me a whole host of new skills and learning experiences, has had a positive effect on my studies, and will hopefully help with my future career too.

If you have experience in a sport that’s not currently offered by the university I’d strongly recommend asking around to see if there’s any interest and approach the Students Union as soon as you can – it could lead to something great!